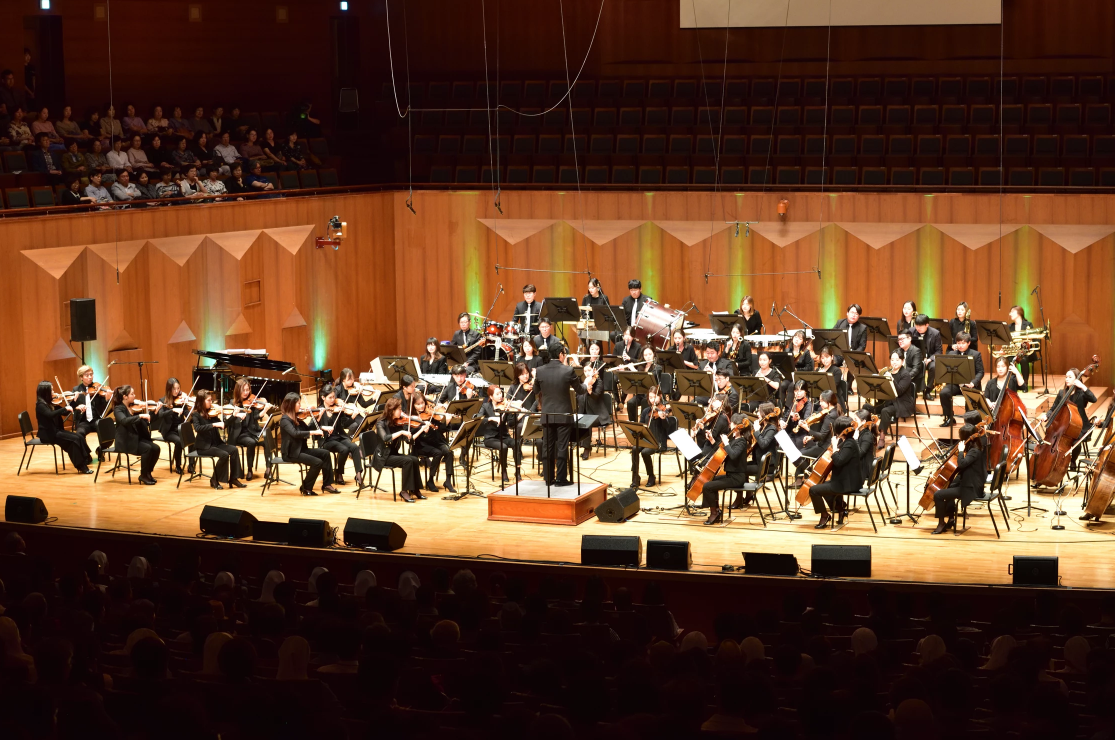 A charity concert for donating refugee aid was held at 7 p.m. on December 12 at the Korean Cultural Center in Vienna. He held the “5th Charity Concert” under the title of “We Live Together,” and donated 13,370 euros to the Catholic Archdiocese of Vienna charity Caritas, asking for money to be raised for refugees.

For the past four years, WCN has held a charity concert every December during Christmas and donated the proceeds to the Catholic relief organization Caritas.

At the charity concert, which began with the host of WCN general manager Song Si-woong, CEO Song Hyo-sook said, “I am very happy and meaningful to hold another charity concert for refugees staying in Austria,” adding, “This was possible with the interest and active help of Korean residents.”

In addition, CEO Song said, “According to the UN Refugee Agency’s annual global trend report, there are 68.5 million refugees around the world as of last year,” and added, “I hope your warm hands will be able to share a little sympathy with them for the neighbors who are suffering from war and infighting.” In addition, he said, “WCN’s charity concerts will always be with us as a time to help them,” and added, “I hope your continued warm interest and love will be a great hope and comfort to Austrian refugees.”

▲ Ingrit Lachbauer, fundraiser at Caritas in the Catholic Archdiocese of Vienna, delivers a congratulatory speech and thanks. (Photo by Kim Un-ha, overseas editor)

▲ An introduction video of the refugee’s house, where the director of emergency relief in Vienna, Yuu Karitas, participated as a narrator. (Photo by Kim Un-ha, overseas editor)

Ingrit Lachbauer, a fundraiser at Caritas, the Catholic Archdiocese of Vienna, said, “I sincerely thank WCN CEO Song Hyo-sook, employees, and Koreans who participated in charity concerts for the needy neighbors and refugees five times.” In addition, he added, “Your warm love will contribute greatly to giving joy and happiness to refugees and making the world peaceful.”

Mingart Youu Caritas, director of the Vienna Emergency Relief Bureau, who attended with Rakhbauer, showed a video of the Karitas-run Vienna Middle East Refugee Relief Center, and thanked adults and children for their love without worrying about accommodation and education.

Then, a charity concert program was held along with the introduction of the world refugee record film prepared by WCN. Among baritone Kim Tae-seop’s barbers of the Lotcini opera Sevilia, the aria “Largoal factatum” was the first to be staged. He graduated from Yonsei University College of Music and is attending a master’s course at the Vienna National University of Music, singing three great songs, including Korean song Yoon Hak-joon’s “Welcome” and Tchaikovsky’s “Nurwer die Sehnsucht Kennt.”

Next, cellist Park Jin-young (named Angela), who is a soloist after serving as a member of the Bayerichen Broadcasting Symphony Orchestra in Munich, Germany and an important member of the Seoul Philharmonic Orchestra, played Tchaikovsky’s No. 19 No. 4. Cellist Angela Park, who played with world-famous orchestras such as the Philadelphia Orchestra and the Stuttgart Kammer Orchestra after deepening her skills at the Korean Yejong, Boston New England College of Music, and Berlin Art, again performed three songs, including Tchaikovsky’s Pezzo Capricioso b minor.

The accompaniment was accompanied by Shin Mi-jung, a pianist at the Vienna National University of Music who returned from successful performances in Switzerland, Korea, Italy and Russia.

After the charity concert, 13,370 euros were raised for refugees during the buffet dinner presented by Akakiko Jeon Mi-ja, and a delivery ceremony and a commemorative photo were held by WCN CEO Song Hyo-sook to deliver the fundraising to Karitas Ingrit Lakhbauer.